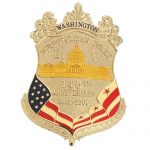 In August of 2006, the Metropolitan Police Department celebrated its 145th Anniversary and in recognition of that event, Chief of Police Charles Ramsey authorized the creation of a 145th Anniversary badge. The badge was produced by Collinson and came in a Deluxe Presentation Box. This was the first time that a ceremonial badge came in a case and not a plastic bag and was the second time that the department used Collinson Enterprise, [the first being the 9/11 badge] to produce a badge.

All sworn and civilian members of the department were eligible to order the badge and there were no limits on the number of badges a member could order. The cost of the badge was $45.00.

In December of 2005, the Department began taking orders for the badges. The deadline was extended to push additional sales. The badges had a production number stamped on the back but later runs of the badges did not have this number. 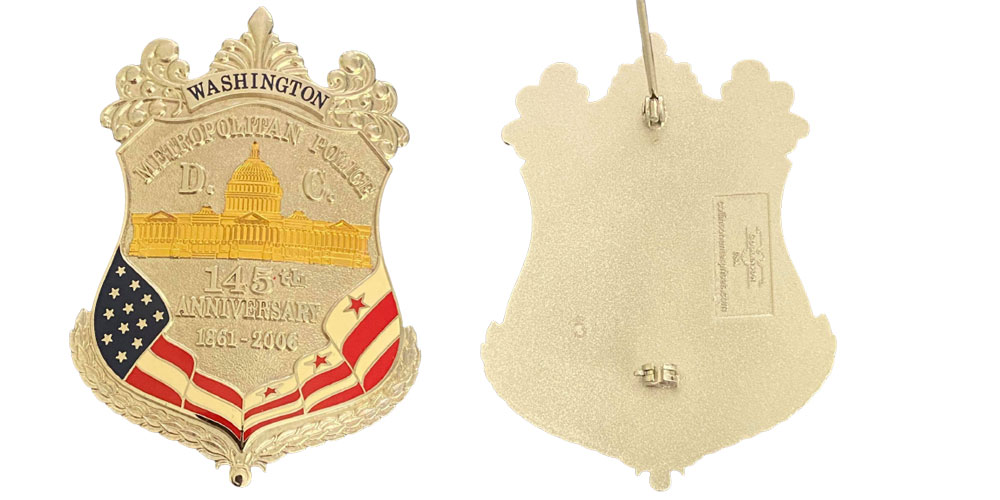