The term Police Academy meant something different to the Metropolitan Police Department in 1942 than it does today. The Police Academy was not meant to train new officers, rather it was intended to give additional training to experienced police officers.

The Police Academy Instructor badges is one of the rarer badges of the Metropolitan Police Department. There were only 48 of these badges produced and they were presented to the volunteer instructors of the Washington [D.C.] Police Academy by Captain John H. Fowler, on October 27, 1942.

The Police Academy was conceived by Major Edward J. Kelly, Superintendent of the Metropolitan Police Department, after a Congressional investigation of the department found inefficiencies. The Police Academy was designed for officers who had more than six years’ experience in the department. Instruction was given in 85 different subjects over 107 hours, six days a week. The lectures were in the early morning and early afternoon and then the officers would spend time with the various squads of the detective bureau. There was an exam given at the end of the week as well as a final examination.

Under the umbrella of the Police Academy, in 1946 the scope of training was expanded. The new Major and Superintendent, Harvey G. Callahan created a new police school for officers as they were promoted. This new school was developed for a better understanding of departmental policy. Major Callahan explained that in the past, officers did not have the advantage of schooling in supervisory duties and policy and when an individual was promoted, they were left to figure out the understanding of leadership, duties and departmental policy on their own.

The badges were presented to:

Edward R. Deane – Secretary-Chairman of the Board of Revocation of Operators Permits

Dr. A. Magruder MacDonald – Coroner for the District of Columbia

R.C. Roberts – Fire Marshal for the District of Columbia

Private Hovey A. Lord – No. 3 Precinct

Private Joseph A. Duley – No. 10 Precinct

Private James B. Jones – No. 10 Precinct 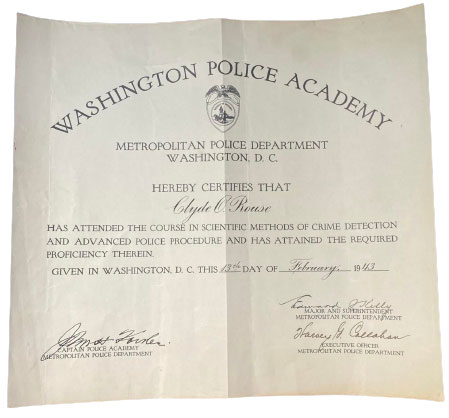 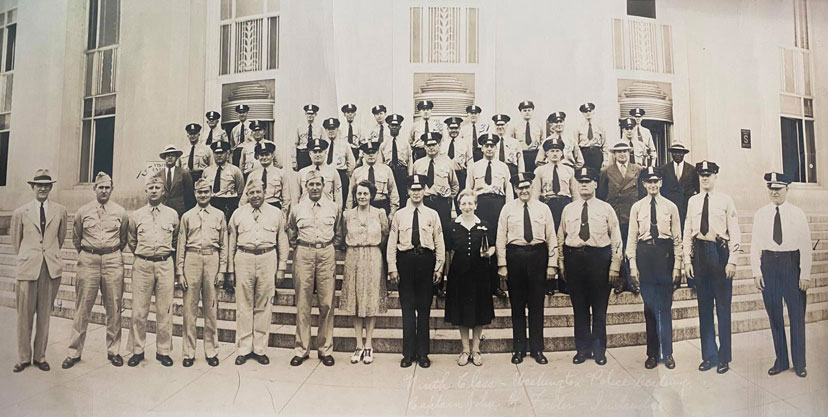 Captain A. I. Bullock

Corporal A. B. Land

Private A. A. Aderholdt 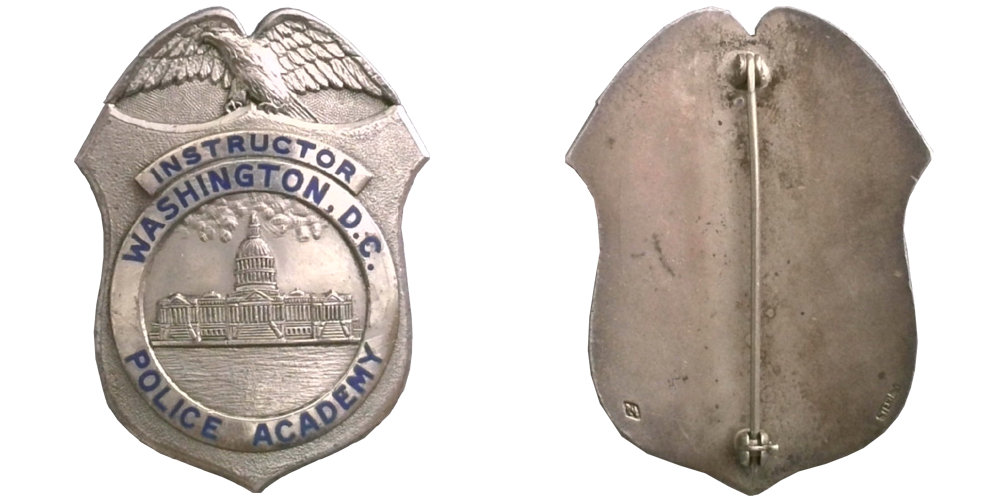 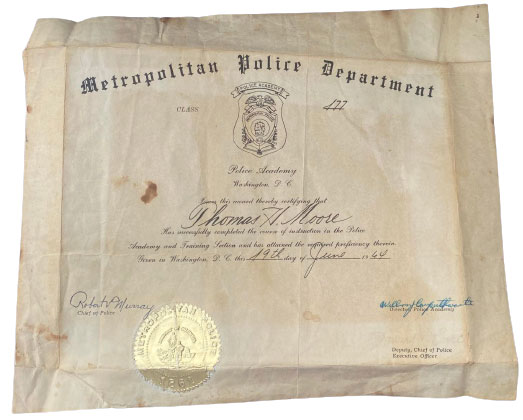