In 2008 for the celebration of the Washington Nationals new stadium “Nationals Park” and Major League Baseball’s commitment to the District of Columbia, the Metropolitan Police Department created and approved a 2008 Commemorative Baseball Badge which was produced by Collinson Enterprise. The badge was authorized for all sworn and civilian members of the force and could be purchased for fifty dollars ($50.00).

The 2008 Commemorative Baseball Badge did not carry a rank designation and did not carry with it any law enforcement authority. Members of the department were authorized to wear the badges on their uniform or outer apparel on dates designated by the Chief of Police during the Washington Nationals 2008 baseball season. The 2008 Commemorative Baseball Badge was not recognized as having the same authority as a sworn member’s regular issued badge and was the only official Department baseball commemorative badge authorized.

There were no restrictions on the number of badges a member could purchase. Because the badge did not represent law enforcement police powers, the badge was authorized to be re-sold, traded or presented as a gift to members outside of the department. 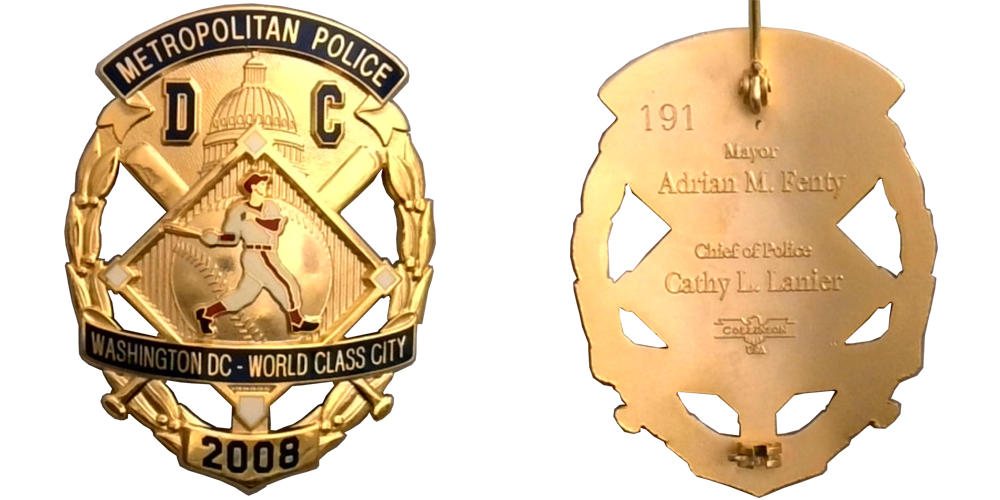